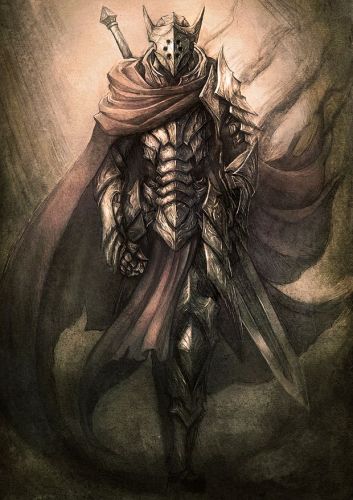 You are a Paladin, one of the Vigilants of Stendarr and you were patrolling in the wilderness with your team. You were on a mission to kill a group of The Mythic Dawn. Thought to be extinct but it seems their last hideout was in Skyrim. You arrived at a cave leading underground, it was filled with cultists armed with vile magic. They were performing a ritual to bring Mehrunes Dagon into to the world of tamriel, returning their cult from ambiguity and wreaking havoc upon heretics who do not praise their lord. You knew you needed to act fast so you rushed into battle with your squad of vigilants. It was a grievous battle and many died. You were the only one left except for the Cult Leader who was about to spawn Dagon on to the world of tamriel. You rushed towards him using whatever you had. The battle lasted for hours as both you and him slinged spell after spell, traded blow after blow. The battle neared to a close, both you and him were taxed beyond belief both drained of magicka, health, and stamina. You had one last strike left in you, as you rushed him once more you noticed an unsettling aura seeping from every inch of his body. You swung your blade with all your might, but it was too late. He stared at you and smiled, his grin so wide you’d think his cheeks would reach his ears, with eyes so black they seemed to be coated in midnight. He unleashed the mightiest spell you’ve ever seen, flame so strong it caused the whole cave to collapse unto itself. You were barely hanging on to life, clutching the very ground beneath you. As you drew your last breath you remembered the people closest to you. “I can’t...die, I-I have to return to...Alva...Baldur...forgive me”. The last memory you had was vengeance, you were so unsatisfied with death you denied entry to Sovngarde. 200 years later you have been mysteriously resurrected to save the world again from the firstborn of Akatosh himself Alduin, and this time you won't die. 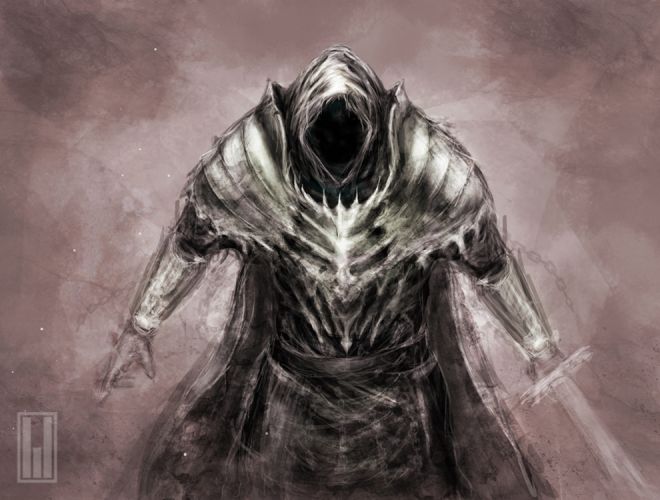 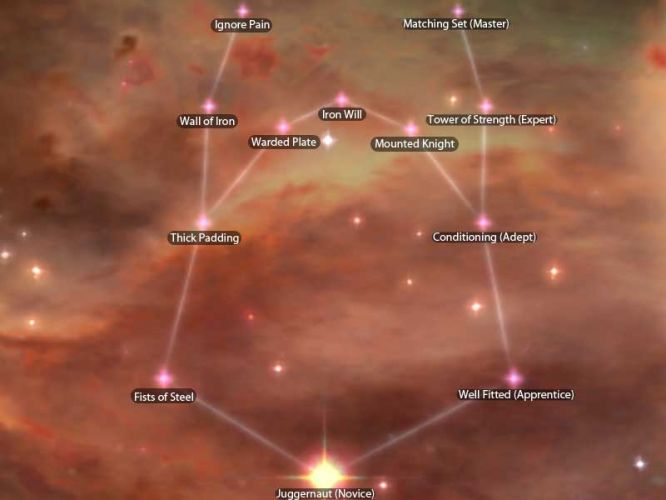 Fists of Steel - Heavy Armor gauntlets increase melee damage and reduce the stamina cost of power attacks. Gauntlets made of stronger materials have a greater effect (max 30%).
Thick Padding - When you are wearing mostly heavy armor, arrow damage is reduced by half and frost resistance is increased by 20%.
Wall of Iron - When you are wearing mostly heavy armor, enemies that strike you in melee occasionally stagger.
Warded Plate - For each piece of heavy armor equipped, there is a 5% chance for incoming fire, frost, and shock spells to deal no damage (maximum 20% chance).
Iron Will - Grants immunity to paralysis and the strongest Unrelenting Force shouts.
Ignore Pain - 20% chance of ignoring all damage from a melee attack. 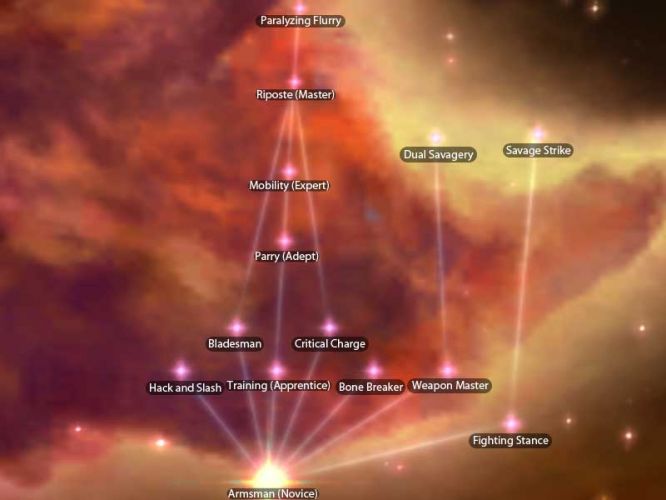 Bladesman - Attacks with one-handed swords are 30% faster. Attacks with all other weapons are 15% faster.
Fighting Stance - All weapons swing 15% faster and critical damage is increased by 50% when wielding one or more one-handed weapons.
Weapon Master - Melee attacks gain unique bonuses based on weapon type. These bonuses are listed with active magic effects. 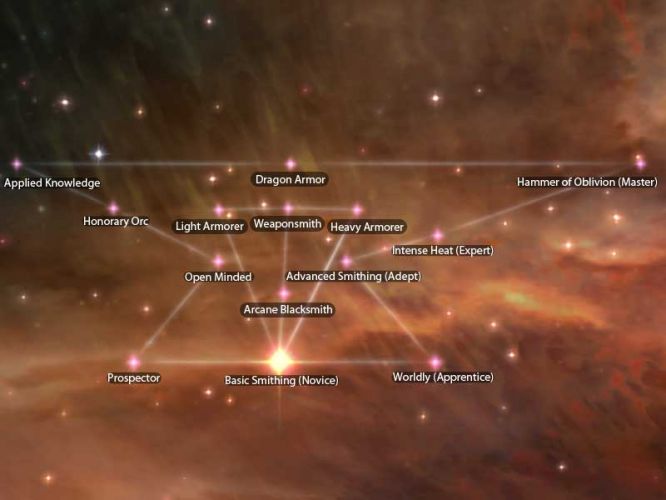 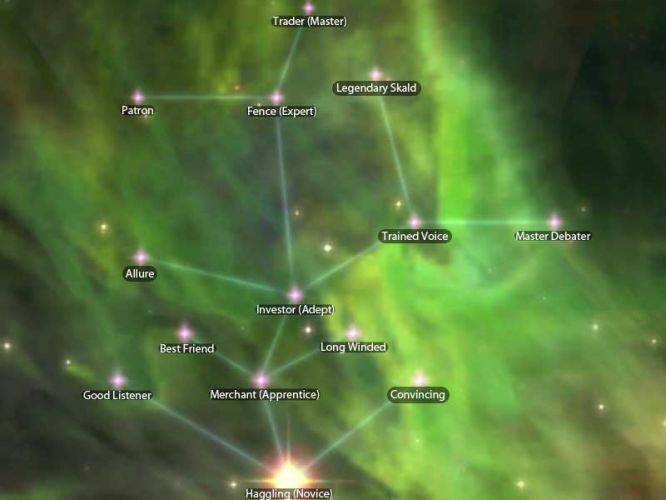 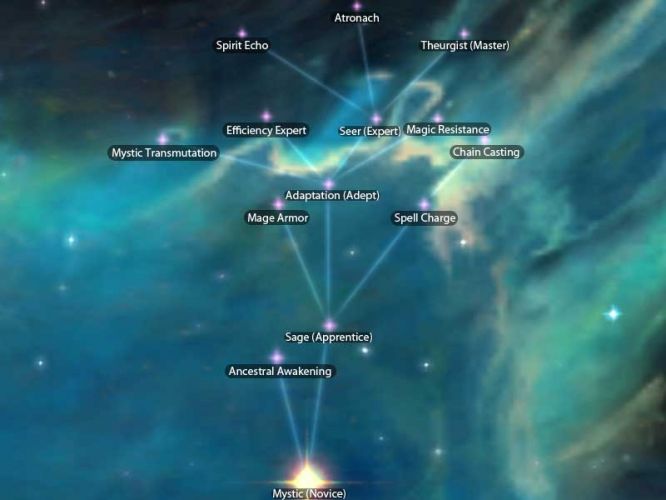 Ancestral Awakening - Your passive racial abilities are twice as strong, and you receive a second, awakened version of your racial power that can be used every 6 hours.
Efficiency Expert - Your magic skills increase the duration of spells in each school by up to double. Each rank in a school reduces the cost of spells in that school by 10%.
Magic Resistance - Blocks 30% of a spell's effects.
Atronach - Absorb 30% of the magicka of any spells that hit you. 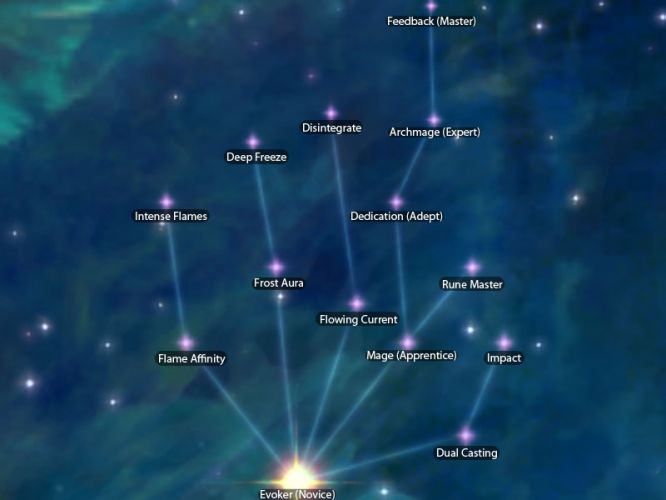 Summoner - Doubles the range of all summon spells and the duration of all conjuration spells. You gain 50 health, and friendly summoned creatures gain 20% damage resistance when near you.
Dark Souls - Reanimated undead have 100 points more health and leech health from nearby enemies.
Plague Carrier - Can reanimate higher level undead. Reanimated undead spread a contagious disease that slows movement, drains health and stamina, and increases damage taken by 30%.
Twin Souls - You can have two atronachs or reanimated zombies. Every six hours, you may summon three atronachs at once or reanimate all corpses around you. 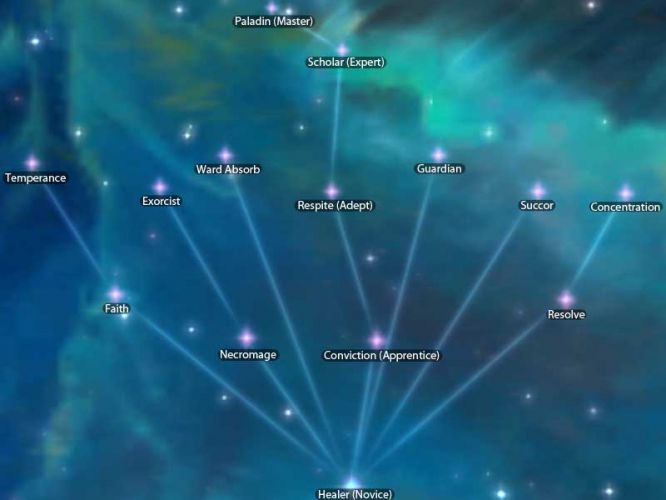 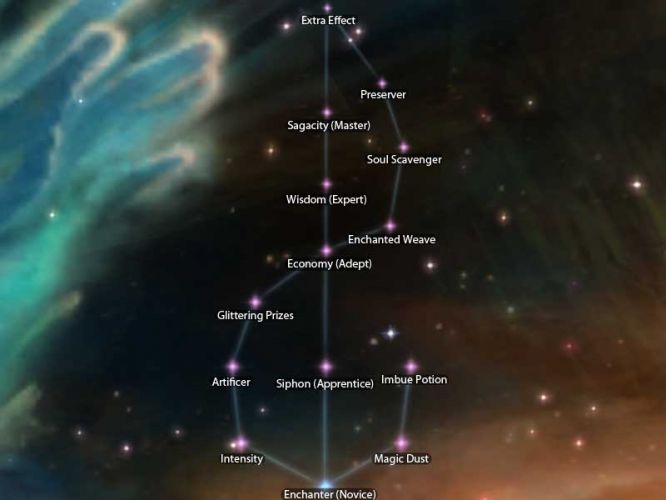 Intensity - Elemental enchantments on weapons and armor are 25% stronger.
Artificer - Artifacts consume no charge, and all other weapons consume 50% less charge. You can learn the spells of unique staves by using them.
Glittering Prizes - Weapon enchantments deal 20% more damage. You can craft unique items and modify artifacts at an enchanter.
Extra Effect - Can put two enchantments on the same item. 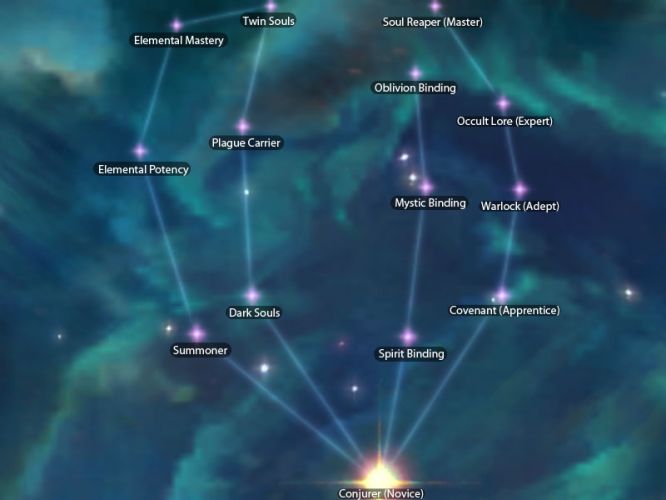 Resolve - Magicka regenerates 50% faster. Your restoration skill increases the duration of your restoration spells.
Concentration - Magicka regenerates at its full rate even in combat.
Necromage - Spells cast on undead are 25% more powerful and last 50% longer. (Make sure to be a vampire)
Succor - When hit, you have a 2% chance to instantly heal yourself. Once a day, when your health drops below 10% you heal 500 health instantly.
Faith - When you cast a healing spell on yourself, half of the health restored above your maximum is converted to temporary health.
Temperance - Whenever you gain temporary health from Faith, you gain an equivalent amount of stamina for 60 seconds. 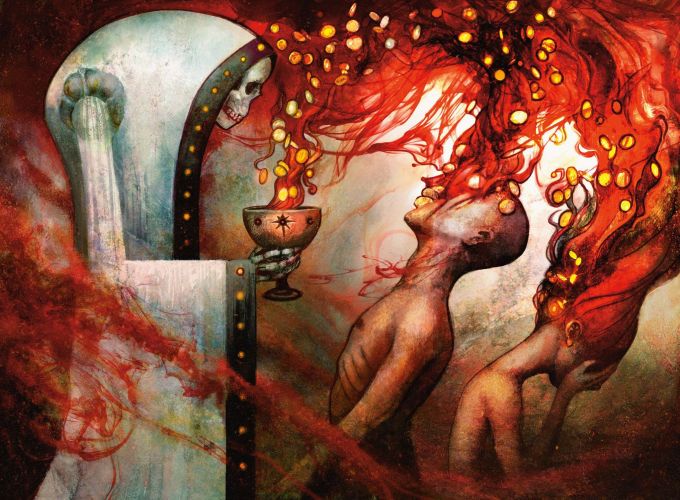 Deals 25pt of frost damage to health and half that to stamina.

Sends a bolt of dark energy at the target, causing damage equal to 15% of the caster's current health. Restores half that damage to the caster after 3 sec.

Upgrades:
Essence of the Void: Increases the base damage of Void Bolt to 21% of your current health.
Puppetmaster: Your undead summons cost nothing, and last 100% longer.
Visions of Death: Targets that come too close have a chance of panic for 5 sec.
Deathly Barrage: Whenever you cast a Warlock spell, there is a chance to hurl up to 3 explosive bolts of dark energy at the target.
Enslave Spirit: Reanimates corpses in a 10ft radius for 15 sec., draining 20 health per corpse from the caster.

Summons an Ancient Lich for 60 sec.

Upgrades:
Exposure: Reduces frost resistance by 50% for all targets.
Blinding Snow: Renders the caster invisible for the duration.
Biting Cold: Damage and casting cost increased by 25%.
Icy Tomb: Chance of freezing each target, checked once when the spell is cast.
Wind Caller: Increases duration by 50%.

Encases the caster in invulnerable (but immobile) ice for 10 sec., to provide a respite from combat while slow-acting spells or summoned allies wear down the opposition. Some upgrade effects linger for a while after the main effect wears off. There is a 3 min. cooldown. 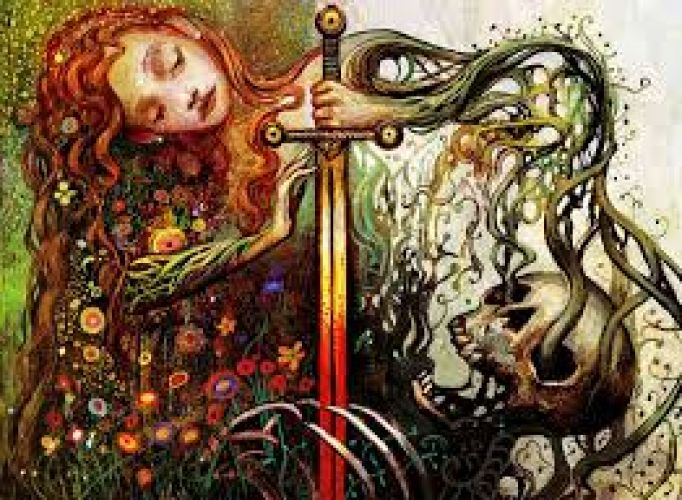 Using the Kynreeve Set by ElleH