By legendmaster101
on Dec 11, 2019
(warning: in this build you WILL have to greet any and all undead with hostility or suspicion, INCLUDING Serena (until you learn she wants to help and when you turn her human of course^^) Btw i feel the need to say that this build is still under testing and editing so it is not the best) 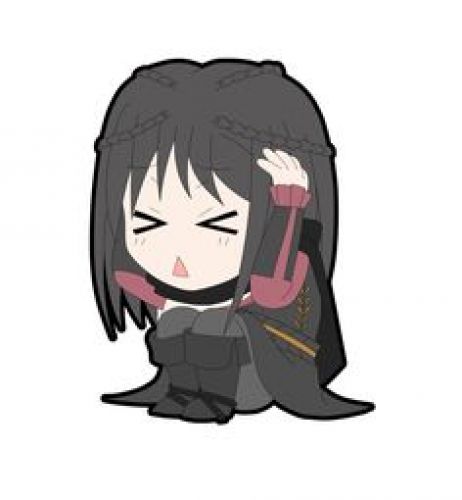 The Daughter of Dayvera serves Dayvera, the goddess of eternal slumber, on Tamriel, as her goddess is to weak to travel after she entered mourning for the death of her husband, Gardin Faris, the God of beasts, at the hands of an undead tyrant. the role of the daughter is to destroy all evil and undead without mercy and to protect and provide for the lives of all of Tamriel's beasts and to value them above even other human life and if one shalt ever be killed or found dead they shalt offer them up to Dayvera's eternal embrace, only ever partaking of their flesh after becoming one with nature's cycle, a werewolf. 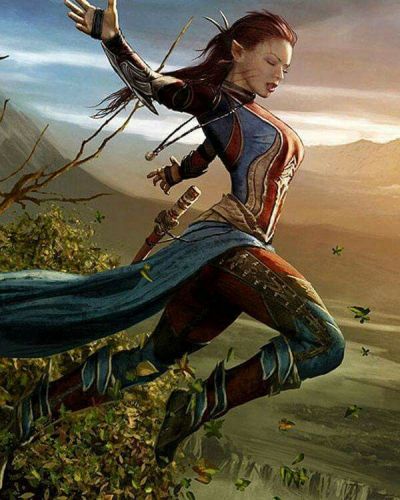 *Gender:
Female (because Dayvera is like Dibella: totally sexist)

*Stats:
Stamina is most important for repeated power punches so you should first level up stamina by 30, health by 20, and then magicka by 10, and then repeat the process starting with stamina up by 30 the health by 20 and so on


*Guilds:
The Companions, Thieves Guild (optional) , College of Winterhold (for illusion, restoration, and Destruction spells), and the Dawnguard (no joining vamps), Bards (optional)

*illusion:
whether your using this school to calm your enemies, send them into a blood frenzy, or making them run and scream in hilarious fear, it will always turn the tides of your battles

*Alteration:
The school of your armor. All that is necessary is ebony skin or some weaker alter skins for those times you want to be extra sure you can charge empty handed into combat and not suffer the consequences.

*Destruction
its a big help to be able to blow your foes out of the water when dealing crowds or especially strong individuals. pick a certain element from either cold, or fire, (or both if you want to be diverse) and simply stick to only that type of element, never getting anything above novice spells for the other types.

*Conjuration
just ignore this entire school if you can and if you cant then at least never get any necromancy spells. ever. the daughter is fine with daedra, unlike undead, yes, but she has no urges whatsoever to be able to summon them or serve them

*Restoration:
this school is your very life, blood, and soul of the build and will help you greatly. get all the spells, all the perks, get all of everything, and spice it all up tenfold for use. use healing spells on your self and others very often as you all are still mortal, and when you feel the urge for some undead crowd control use a turn undead spell and spice up the battle

as i played i began to notice that having these few shouts, specifically, really helped for further crowd control, making it easier kill large groups, and dealing with hostile creatures, specifically calming the animals that had the mind to attack me.

Animal allegiance:
Since the point of this build is to preserve animal life, wouldn't it help if you could calm hostile ones, and even use them for greater gain? i mean who wouldn't want an army of Bears, Sabre cats, and Mammoths on their side?

Aura whisper:
This shout is particularly good for this build because with it you can make all of your victims glow, making sniping them in the face with a bow/spell/crossbow 20,000,000 times easier. it would also help with finding groups of animals to draft to your army when you are in need of help

Unrelenting force:
Like using your bow more than your fists? well then just give um' a little push and continue to shoot to your hearts content with out having to constantly reload while your being stabbed with swords and poked with riekling spears.

Kyne's Peace:
sadly, not as good as animal allegiance but still very useful when your already in a heavy bind and a big bad Bear or Sabre cat decides it wants to help ruin your day as well

Ice Form:
often not used by the honor loving warriors, the ability of being able to freeze your foes will change your battle completely. good for crowd control and if moving targets anger you, just immobilize um'. just aim well and you may be able to freeze an entire battlefield. ^^

There are plenty more shouts to use but im not gonna waste my time listing good ways to use um'. test um' out, make more combos, be diverse ^^

*Combat Style:
You shoot from afar, killing your foes before they have a chance to approach you, then when you are in close melee combat, you switch to CQC (close quarters combat a.k.a fists) and blow holes into their bodies while using shouts and wielding a spell or blade in your other (non-dominant) hand to cut a path to victory

werewolf armor glitch:
try to get all the light armor perks because, (depending on the version you play), your skin as a werewolf is considered light armor and in turn you will gain more armor class as a werewolf.

Alternate perk trees:
you can still be true to the build while taking different perk trees like, enchanting, smithing, and the like.
sneak, pick pocketing, and alchemy also work well for this build, especially if you choose to join the thieves guild.

First thing first is to join the dawnguard, you can skip all the main quest, civil war, all that, because right now the only point is to go and slay some undead scum to get revenge for the death of your father. complete the entire quest line till you need the dragon scroll then go start the main quest line, go back, and kill lord harkon, then move on to go kill Alduin.

wherever you go try to give to the poor and be... pleasant to them, not exactly nice if you dont want to be, but... pleasant. try to kill any and all undead every way you go. a large requirement of this build is to leave as many animals you can alive, meaning dont kill hostile animals if you can stop them from attacking somehow, and dont kill docile animals. If you have no means of turning a hostile one docile, killing it is fine, considered its in self defense. just... attempt to keep all animals alive, and protect them if possible, unless your in werewolf form of course, because then i invite you to go crazy and make rivers of all blood alike flow through the lands of Tamriel. 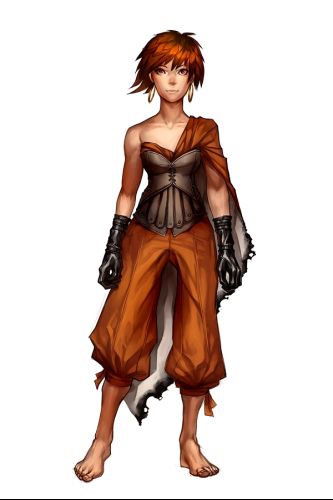